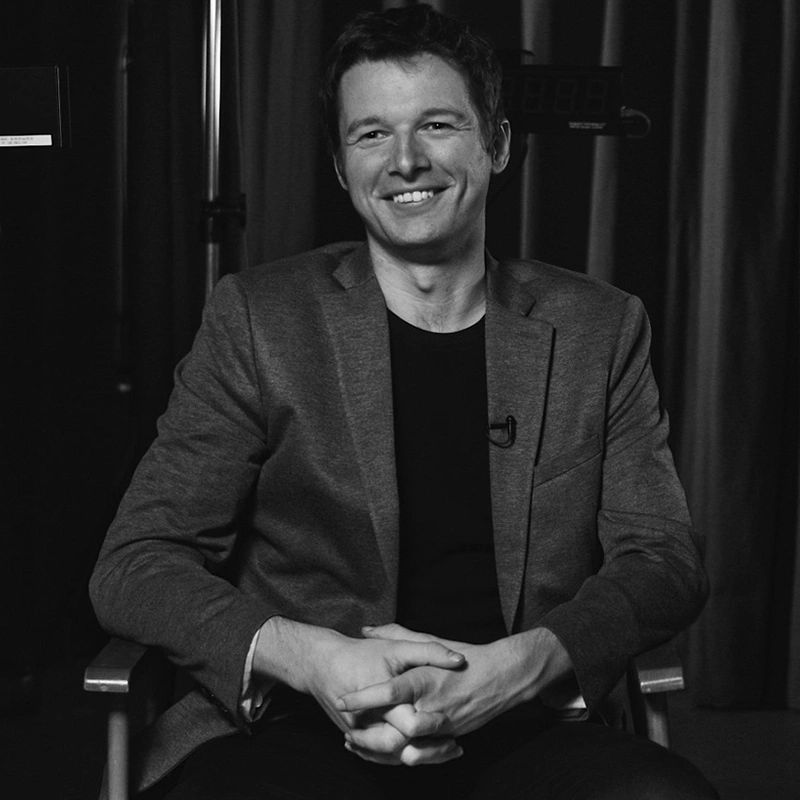 Steffen Schmidt is a composer based in

Los Angeles, California. His more recent scores were a part of projects that have been present in the esteemed Venice and Cannes film festivals, with one win for "Best VR Experience" at the

Steffen is a classically trained composer and musician, grew up performing with the Metropolitan Youth Symphony as a violinist and violist for over ten years. He learned how to conduct in the later half of high school. He completed his higher education at Berklee College of Music in Boston with a degree in Film Scoring.

Before becoming a composer, Steffen was fascinated with the art of conducting. Studying the greats like Herbert Von Karajan, Sir Neville Marriner, and John Eliot Gardiner, he realized that conducting does not just take a certain level of mastery, but also attention to detail and being a confident leader.

Steffen's first experience conducting was conducting at a concert in Portland with the Metropolitan Youth Symphonic Band in 2007, followed by concerts on a tour to China that summer.

This is among several of Steffen's favorite study material in regards to the art of conducting. Herbert Von Karajan shows how every tiny bit of expression, every detail, in the musical performance and interpretation of the written score is important.

Other than being a phenomenal composer, Steffen has always been impressed with Jerry's unique approach on so many of his scores, having it be unique instrumentation or orchestration choices, to even Jerry's sense of minimalism in certain moments while reaching such intense emotion. Steffen was impressed by his various approaches and likes to keep a similar mindset when he writes.

Having grown up with video games, it is only natural that composers from that medium would be of influence. Nobuo Uematsu has been another major influence for Steffen in his ongoing journey as a composer. The strength of melody in telling a story is Uemastu's greatest strength and has been the standard for Steffen to follow.

With a strong personal history and cultural attachment to South Korea, Steffen spent a year in Seoul after graduating Berklee in 2013. During his time there, he became familiar with the film & TV industry, developing relationships with filmmakers. Working on Korean projects is always special to Steffen and is delighted to contribute his talents in Korea.

Since 2015, Steffen has been based in Los Angeles. He first started out as an assistant for well established composer(s) and musicians like Tina Guo, Michael Patti and the guys at Cinesamples & Hollywood Scoring. After a couple years passed and Steffen's network grew, he has been working as a sole composer with his own studio.